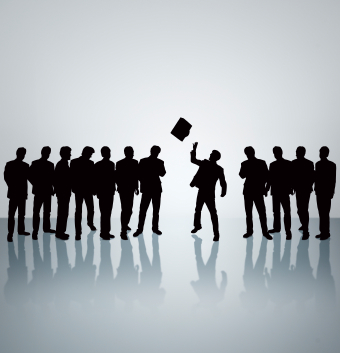 There are numerous award shows that honor the top-performers in film and TV. There is one award given per category on each show and there are several actors and shows “nominated.” The comparison with the job interview process is that there is only one job and there are several candidates nominated – or, under consideration.

If you have watched any of these shows you’ll notice how inconsistent or subjective they can be. On one show a certain actor will be nominated and will win. On yet another show that same actor will not even be nominated and an entirely different actor will win for that category. (Go figure – we don’t know what goes on behind the scenes)

So how exactly does this fit into with your job interview process?

First of all, the decisions made (behind the scenes) will always be somewhat subjective in the job process as in these award shows. A candidate at one company will be viewed as “the best fit.” While at another company, the candidate will not even be considered as a contender, let alone a winner.

This does not in any way mean that there is something wrong with the candidate as a person. It just means that he or she was either not a good fit for the position or there was someone else who had more to bring to this particular position.

Behind the scenes there could be a number of reasons for the decision. Reasons will vary, and whether we like it or not there will sometimes be overt prejudice. It’s not fair, but who said life was fair?

Even though the hiring managers would never admit to it, sometimes they will only be looking to hire a male (shame on them), or at another company they may only want people under 30 (big mistake). Let it go and move forward.

The next company you interview with may be the one that finds that you are best in category. Not only can you do the job, but they also like you and know that you are a good fit for the situation.

So, don’t be so hard on yourself. If you are invited to an interview – consider yourself a contender and give yourself a high-five! If you get a second interview, or are a finalist for the job, consider yourself “nominated.” Be proud of the fact that you have something to offer, or some expertise that is of interest to employers.

When you receive the news that you were not selected you may feel disappointed but don’t give up. Ok, maybe you didn’t get the job this time, but remember there is only one winner or job offer made per job. For some reason there was someone else who had something that you did not. Who knows why?

Don’t beat yourself up trying to figure out why. Instead of being stuck and feeling rejected, take back the power by staying proactive. Reward yourself for being a nominee and look forward to being the recipient of the job offer in the future.

“Remember that not getting what you want is sometimes a wonderful stroke of luck.”